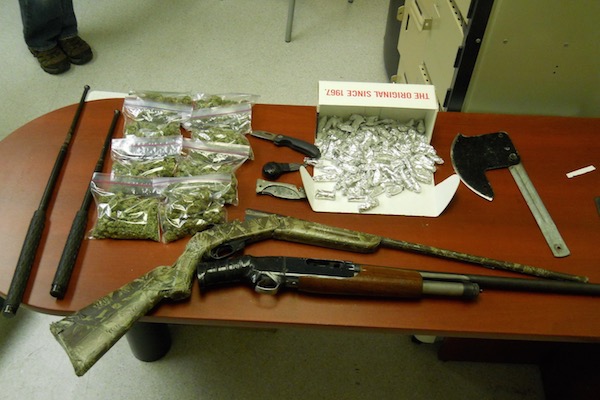 Items seized during a search of a home on Ebb and Flow First Nation on Friday, January 23, 2015. (RCMP HANDOUT)

A 26-year-old man from Ebb and Flow First Nation has been charged after RCMP raided a residence in the community on Friday.

Garnet Neil Baptiste has been charged with numerous drug and firearm-related offences, including three counts of failing to comply with a probation order.

Baptiste will appear in Dauphin provincial court on January 27.