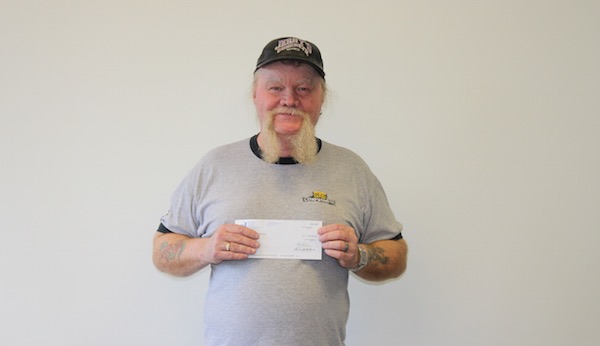 Newton Dalton holds up his cheque for $1 million (WCLC)

A Winnipeg man is the city’s newest millionaire after claiming a $1 million Lotto 6/49 prize.

Newton Dalton bought his $19 ticket at Bargains Galore and Tobacco on Main Street for the January 17 draw.

After checking his numbers online, he didn’t think he had won, until he got to the bottom of the ticket and saw the guaranteed prize draw selection fell within his range of numbers.

“I was thinking it was a $100,000 prize,” Dalton said in a release. “I checked it at three different places, because I was just baffled.”

He plans to pay off his truck and some bills, but will keep the majority of his winnings for retirement.

“I want to be smart and keep the rest until I need it,” he said.