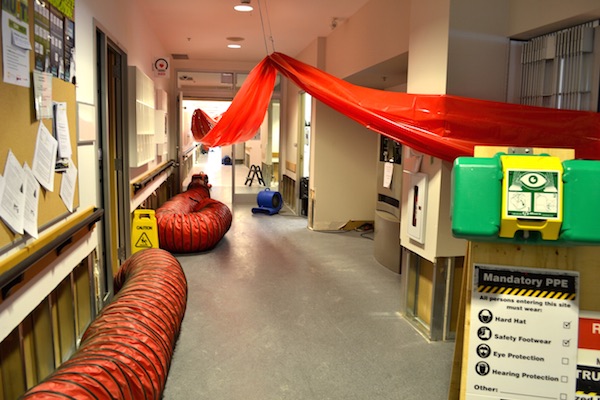 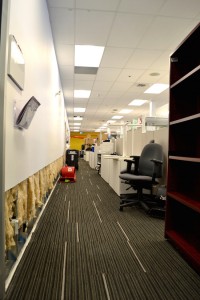 Flood damage to the Access Winnipeg West clinic earlier this month is estimated to be $5 million.

Four water pipes froze on the top floor of the three-floor facility on Booth Drive January 4, causing them to burst and flood the levels beneath, including the daycare.

Damage is mainly centralized to the interior walls and flooding. The majority of furnishings and electronics were preserved due to their elevation.

While repairs are underway, the clinic is expected to remain closed for three to five months.

Clients who rely on the clinic have been redirected to other locations across the city, including to the Grace Hospital, Deer Lodge Centre and 3401 Roblin Boulevard.