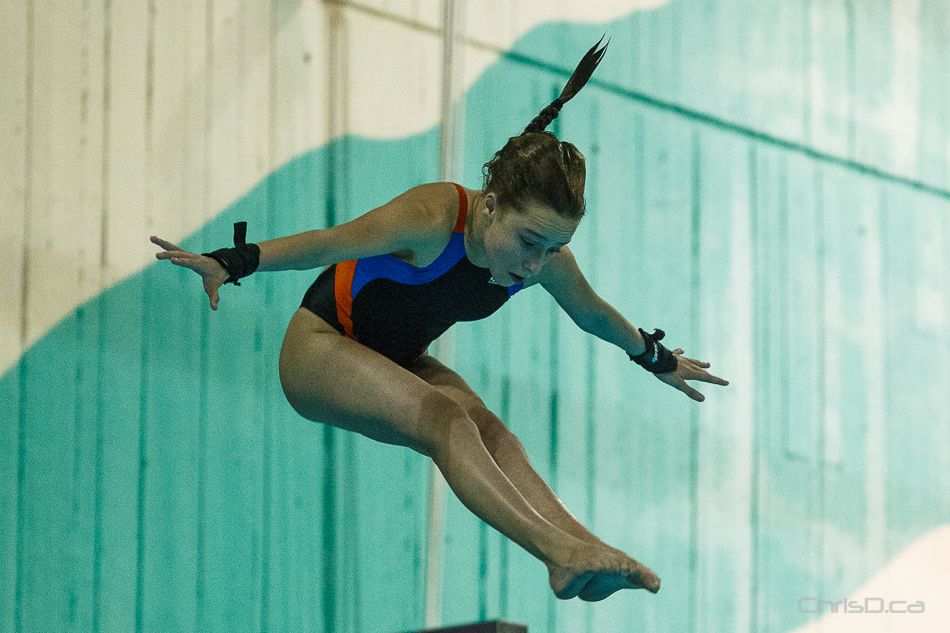 Serena Buchwald nails one of her dives at the 2014 Manitoba Diving Championships at the Pan Am Pool on Sunday, June 15, 2014. (SHAWN COATES / CHRISD.CA FILE)

A record number of Winnipeg divers are competing this weekend at the 47th annual Polar Bear Classic diving invitational.

Revolution Diving has more than 20 local divers set to compete against teams from Victoria, Saskatoon, Regina and Thunder Bay from Friday, January 29 through Sunday, February 1 at the Pan Am Pool.

“We are going to have 21-25 divers between the ages of nine and 25 competing this weekend,” said Manitoba provincial team head coach Dallas Ludwick. “This is the biggest contingent we have had at this competition in over a decade.”

Alyssa Gauthier, 14, will be one of the swimmers competing in her first national qualifying platform event. On the other end of experience is international level diver Cam McLean.

“This competition is Cam’s warm-up for the Winter Senior Nationals taking place at the new Pan Am Games pool in Toronto next week,” added Ludwick.

An invitational schedule is available on ManitobaDiving.ca.