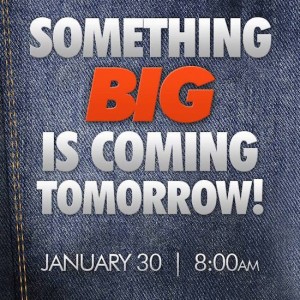 UPDATE: 97.5 BIG FM has launched with a classic rock format.

Three days after Corus Entertainment laid off five of its on-air personalities, the company is ready to shake things up again with Power 97.

Sources tell ChrisD.ca the station will move to either a classic rock or country music format beginning Friday morning.

A domain name for the station was registered on January 5 and Corus is in the process of securing social media accounts for the name. Sara Lanthier, Corus Radio’s national project manager, reached out to a Twitter account with the same name on January 27 looking to acquire it.

On its Facebook page, Power 97 teased, “Something big is coming tomorrow.” Radio listeners are also hearing a non-stop promo asking them to tune in at 8 a.m. on Friday for the announcement.

In the fall ratings period, Power 97 registered a 2.6 share — down from 3.6 a year prior based on Numeris data.