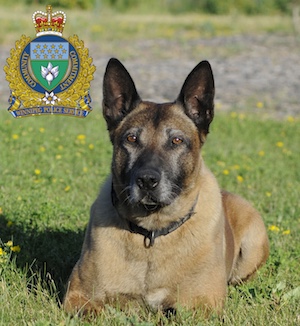 A beloved canine member of the Winnipeg Police Service has passed away.

Police service dog (PSD) Judge died on Wednesday at the age of 11.

He was born in the service’s breeding program on June 18, 2003 and raised by his handler, Detective Sergeant Taylor. The duo worked Winnipeg streets for more than 10 years, racking up over 500 arrests and making them the most successful K9 team in the city, if not Canada.

In April 2014, Judge retired to be with his handler and family.

However, Judge’s DNA will live on through 23 offspring he sired, currently working in Canada and the United States.