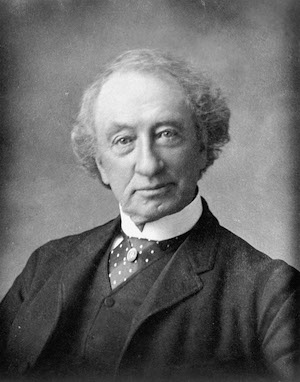 The birthday of first Canadian prime minister Sir John A. Macdonald will be marked with a kilt-themed ice skate on Saturday.

The province has proclaimed January 31 to be Sir John A. Macdonald’s Great Canadian Kilt Skate Day at The Forks.

“What could be more Canadian than lacing up a pair of skates to celebrate the birthday of our first prime minister,” Tourism, Culture, Heritage, Sport and Consumer Protection Minister Ron Lemieux said in a release. “We also salute those of Scottish heritage who will be marking this occasion by skating in their kilts.”

The skate will begin at The Plaza between 2-2:15 p.m. before taking to the Red and Assiniboine rivers. The event will wrap up back at The Plaza from 3-3:30 p.m.

Skate rentals are available at The Forks for a small fee.

← Previous: New Warming Huts Near Completion at The Forks Next: Maclean's Needs to Back Up Racism Claims: Currie →
Tags: The Forks | Winnipeg