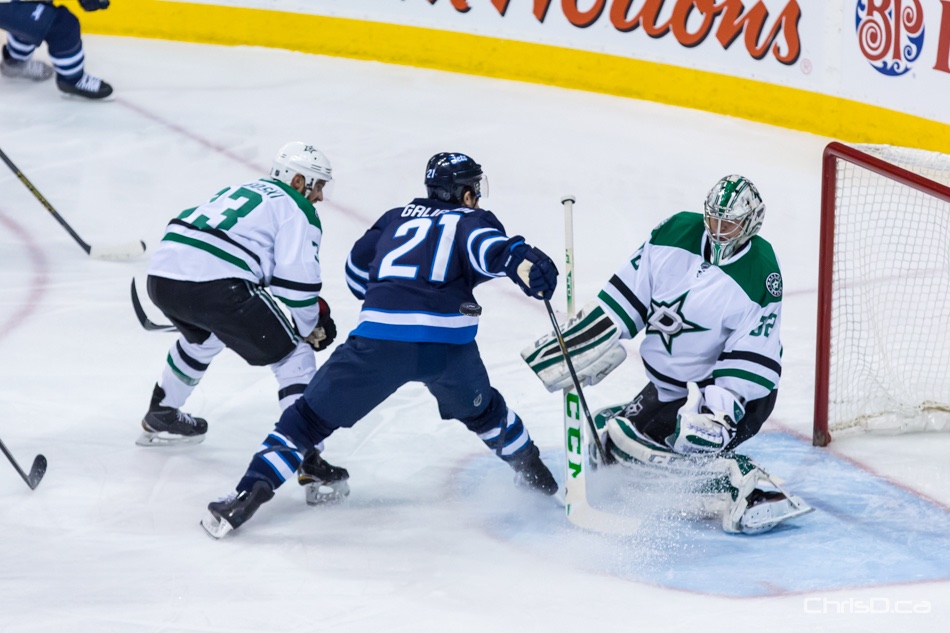 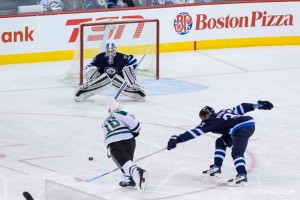 WINNIPEG — So, it turns out taking 35 minutes of penalties hurts your chances of winning. The Winnipeg Jets learned this on Saturday night, as they committed 12 penalties, gave up four power play goals, and lost 5-2 to the Dallas Stars.

It’s the first Dallas win against Winnipeg in three tries this season. The Jets have now lost three straight and given up 15 goals in that stretch – tonight, their lack of discipline contributed heavily to an anemic defence.

Winnipeg got goals from Andrew Ladd and Toby Enstrom in a losing effort that sees them fall to 26-17-8. With two games in hand, Dallas is now seven points back of Winnipeg in the Central Division. The two teams meet in Texas on February 24 for the final game in their season series. 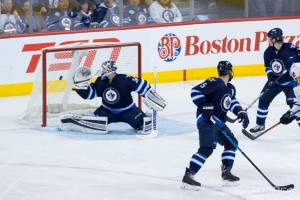 “I don’t think it was our best start, taking too many penalties, they’ve got guys up front that can make you pay and that was it,” said Ladd. “I think at times you wind yourself up as much as possible emotionally, trying to finish every check… sometimes we’ve been taking it too far.”

Winnipeg did indeed look lethargic to start this one, as Dallas grabbed the first lead with Eaves getting on top of a rebound in front of Michael Hutchinson for his fifth of the year. Hutchinson had 27 saves in the loss.

“I thought 5-on-5 we took the play to them, the only thing that really gave them any life was their power play tonight,” said Hutchinson. “Our power play was moving the puck really well, I just tonight it was penalties that were the difference.”

“With the three games that we’ve come back [out of the All-Star break], I don’t particularly like the way we’ve started. That would be the thing we have to rectify,” said Jets head coach Paul Maurice.

The Jets answered halfway through the second, as an extended possession and beautiful puck movement led to a rise in the MTS Centre – the fever pitch visibly lifted the Jets, and Ladd launched one from the slot for his eighteenth of the year.

That momentum was about all Winnipeg could muster on Saturday, though. A backbreaking pair of penalties directly after Ladd’s goal turned momentum back to Dallas. They capitalized with two more power play goals in the second period, from Horcoff and Spezza, and took a stranglehold on the game.

Klingberg and Seguin added salt to the wound in the third, with their eighth and 29th goals of the year respectively. Winnipeg got a garbage time goal from Enstrom at 12:46, his second of the season.

The home stay is brief for Winnipeg, who now head out west for a back-to-back, with Calgary on Monday and Vancouver on Tuesday. They return home on Friday for a huge divisional game against the Chicago Blackhawks.