WECC Teams Up for Audio-Visual Show at the WAG 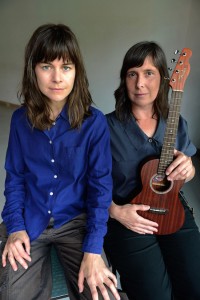 The Winnipeg Art Gallery and West End Cultural Centre are co-presenting a new audio-visual spectacle in the coming weeks.

The show is an intimate new work by Boyle and Fellows, which premiered in Canada’s north in October.

“The experience of seeing Christine and Shary work together is one not soon forgotten. Shary’s drawings, created before your eyes, seem to come alive, filled with the life of Christine’s words and music,” said Jason Hooper, WECC artistic director.

The performance is slated for the WAG’s Muriel Richardson Auditorium at 8 p.m., followed by a talk and Q&A with the artists.

Tickets are $20 in advance and can be purchased at Ticketmaster, Music Trader, the Winnipeg Folk Music Store, WECC, and the WAG, or $25 at the door.