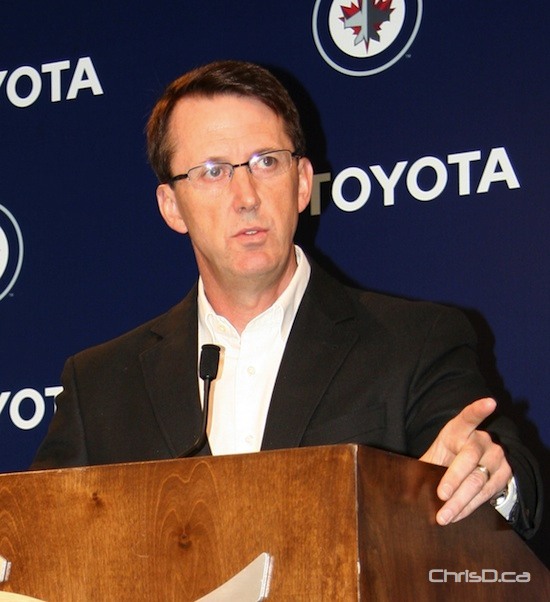 The CEO of True North Sports and Entertainment lashed out at Winnipeg Mayor Brian Bowman on Wednesday over development plans in the works at the site of the former Carlton Inn.

Mark Chipman said it was with regret that he addressed the media to set the story straight after weeks of allegations reported in the media. Chipman said he met with both Bowman and MLA Kevin Chief after a Winnipeg Jets game in November to show them a video of the proposed True North Square.

Bowman has said recently his office hadn’t received the full details surrounding the $400 million project, including the proposed site located at 220 Carlton Street. Development agency CentreVenture was tasked with finding a tenant for the space, located directly across from MTS Centre.

“When you propose to develop real estate in this community that has any public involvement, you’re presumed to be doing something untoward. We can’t and won’t operate in that kind of environment,” Chipman angrily told reporters.

Promoted as “coming in 2017,” the project is said to include office, residential, hotel and retail space — adding another public gathering hub to the city’s downtown core.

Chipman, who endorsed Bowman for mayor, said the project is on hold until further notice, saying he has to rebuild trust in his company’s relationship with City Hall.