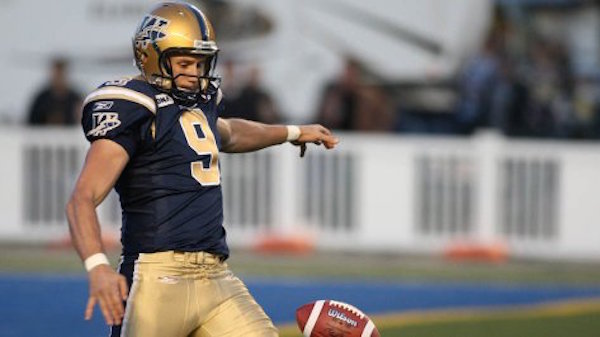 Winnipeg Blue Bombers’ punter Mike Renaud is calling it a career after six seasons in the CFL.

During his time in Winnipeg, Renaud was involved in many initiatives with the Bombers. In May of 2014, he was presented with the Athletes in Action Gord Barwell Award, presented to a CFL player who exhibits exemplary Christian conduct and leadership both on and off of the field.

“I throughout enjoyed my time in Winnipeg,” Renaud said in a statement. “I really, honestly, cherished my time as a Bomber, and love the organization. It’s a place I wanted my career to end when that time did come. It’s time to move on, and enjoy life after football.”

The Bombers acquired Renaud from Calgary during a trade in June 2009.