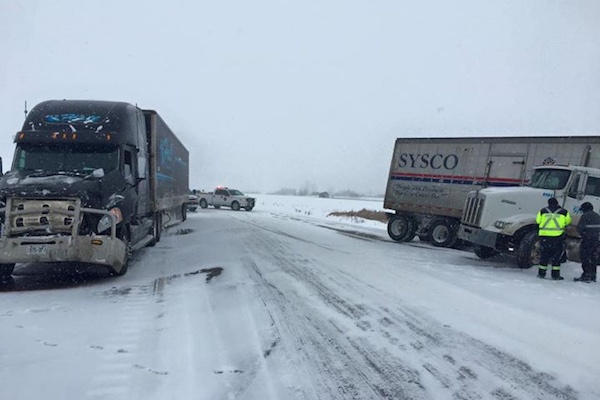 RCMP say one semi ended up in the south ditch, while the other landed on the north shoulder of the highway at around 10:30 a.m.