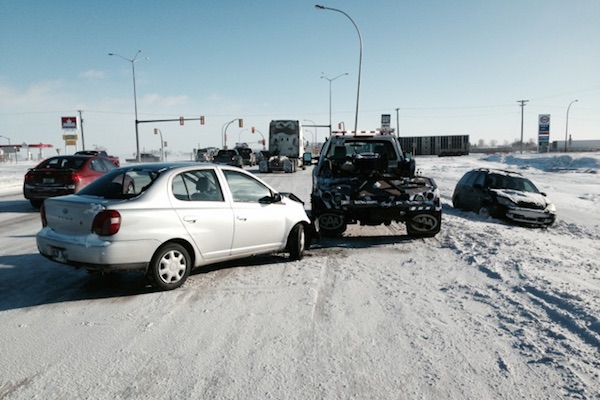 A rear-end collision involving a CAA Manitoba tow truck has the automobile association calling on drivers to slow down.

While responding to a vehicle in the ditch Wednesday afternoon on the south Perimeter Highway near McGillivray Boulevard, the tow truck was rear-ended by a vehicle that lost control in the right lane.

“It’s something we see far too often,” said Mike Mager, president and CEO of CAA Manitoba. “If you aren’t driving appropriately for the conditions, you aren’t able to slow down and move over for emergency workers.”

The law has been in place for six years and motorists can be handed a $300 fine and two demerit points if caught.