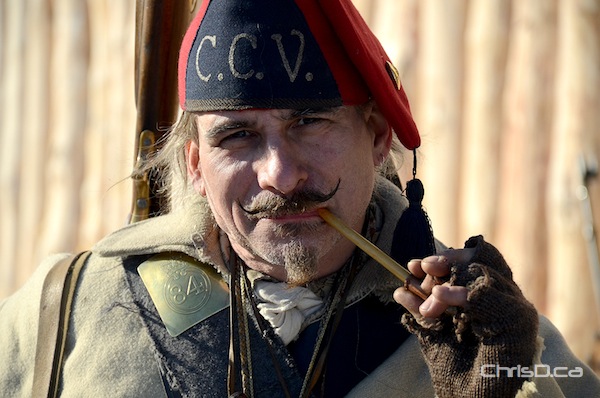 Winnipeg’s favourite winter weekend is finally here as the 46th annual Festival du Voyageur is less than 12 hours away.

The World’s Largest Kitchen Party gets underway at 6 p.m. with the traditional torch light walk from the Canadian Museum for Human Rights to Voyageur Park. From there, festivities will be officially underway to kick off the next 10 days.

Visitors this weekend can expect a packed entertainment lineup, in part with Manitoba Film and Music night on Saturday in the MTS Rivière-Rouge Tent. Marijosée gets the show going at 5:15 p.m., followed by JP Hoe at 7 p.m., Chic Gamine at 8:45 p.m. and The Crooked Brothers at 10:30 p.m.

Louis Riel Day on Monday will include the creation of the largest living Metis flag near the south tower of Voyageur Park at 3 p.m. The provincial holiday is always one of the busiest at the festival — more so if Mother Nature graces the city with some mild temperatures.

After making the rounds and building up an appetite, traditional French fare is available from one of the many tents located on site.

Everything from tourtiere, poutine, maple taffy on a stick, pea soup, beaver tails pastry, and for the non-traditional crowd… piping-hot mini donuts. To wash it all down, the Snow Bar serves up a selection of beer and wine, plus the always popular caribou in an ice glass. Caribou is a sweet Québécois alcoholic beverage composed of red wine, usually whisky, and maple syrup or sugar.