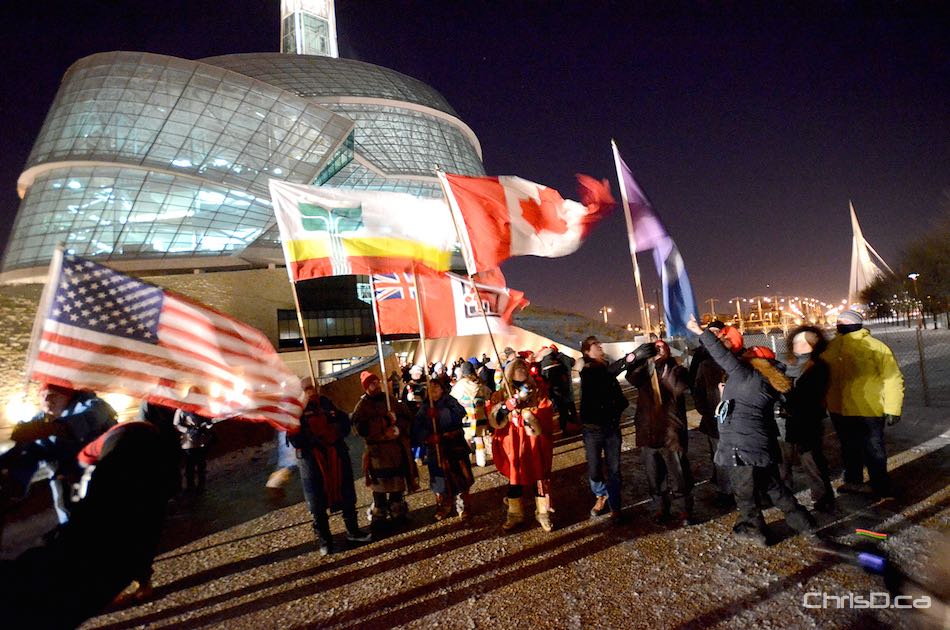 WINNIPEG — The 46th annual Festival du Voyageur is now underway amid bone-chilling temperatures, but that didn’t deter thousands of people from turning out on Friday.

The traditional torch light walk from the Canadian Museum for Human Rights to Voyageur Park set off the start of the World’s Largest Kitchen Party.

Festival du Voyageur is on now until February 22. Visit HeHo.ca for all the details and to purchase your admission pass.

View the photo gallery below from opening night festivities.