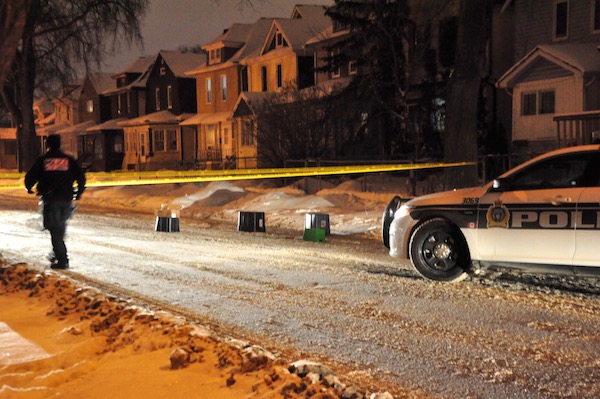 A 54-year-old Winnipeg man has succumbed to his injuries after being shot on Sunday evening.

Police responded to the 300 block of Inkster Avenue at around 8:30 p.m. and found the man with upper body injuries. He was taken to hospital in critical condition where he later died.

The victim has been identified as Ralph Edward Boehnlein, 54.

Police say the shooting occurred within a home following an argument.

Matthew Wayne Lee Valentine, 24, of Winnipeg was arrested in the 400 block of Aikins Street a short time later. He has been charged with second-degree murder, identity fraud, and failing to comply with a recognizance.