Pat Martin on the Receiving End of Vegan-Minded Undies 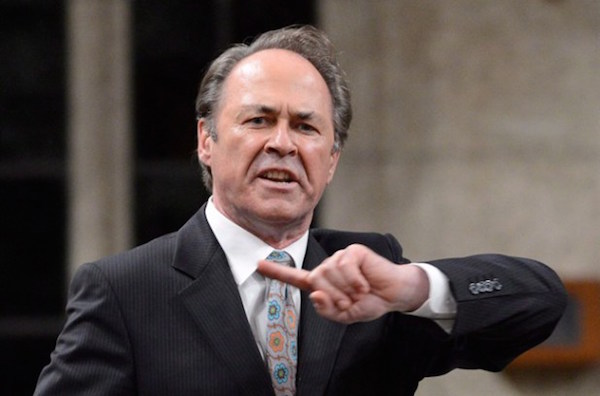 NDP MP Pat Martin asks a question during question period in the House of Commons on Parliament Hill in Ottawa on Thursday June 6, 2013. (THE CANADIAN PRESS/Sean Kilpatrick)

PETA has taken notice of Pat Martin’s “gitch glitch” this week and has reached out to the Winnipeg Centre MP.

The organization for the ethical treatment of animals will be sending Martin a pair of bright yellow boxer shorts. PETA says they will not only be a conversation starter, but will also force him to come up with another excuse to leave during a vote in the House of Commons.

“PETA, which is pretty cheeky itself, is rewarding Martin’s cheekiness with some comfy ‘I Am Not a Nugget‘ boxer shorts,” says PETA president Ingrid E. Newkirk. “Anyone who is plagued by too-tight clothing can do their derrières and chickens a favour by choosing healthy, humane vegan meals.”

Accompanying the boxers will be a vegan starter kit, as a way of staying slender and comfortable in slim-fitting clothing.