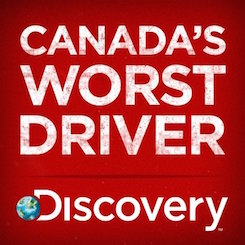 It shouldn’t be difficult, but producers of an upcoming reality TV show are seeking Winnipeg’s worst driver.

Discovery’s “Canada’s Worst Driver” is heading into its 11th season and Winnipeg nominations are being accepted now until the end of April.

The eight participants selected for the show will be put through expert training, along with the person who nominated them for support. At the end of each episode, one nominee will be deemed “most improved” and graduate returning to public roads a safer, more skilled motorist. The last remaining candidate will be tagged with the dubious title of Canada’s Worst Driver.

The next season will focus on excessive speed — the leading cause of deaths on Canadian roads.

“Not only are we looking for speeders this time around, we’re looking for slowpokes and those who have issues when it comes to controlling the gas pedal,” said Andrew Younghusband, the show’s host and creative producer.

“We are looking for a cross section of bad drivers; those who struggle behind the wheel, whether it’s with parking, controlling their speed, over-confidence, under-confidence or any area that may leave room for improvement.”

Filming will take place this summer in Southern Ontario.

Driver nominations can be made at CanadasWorstDriver.com.