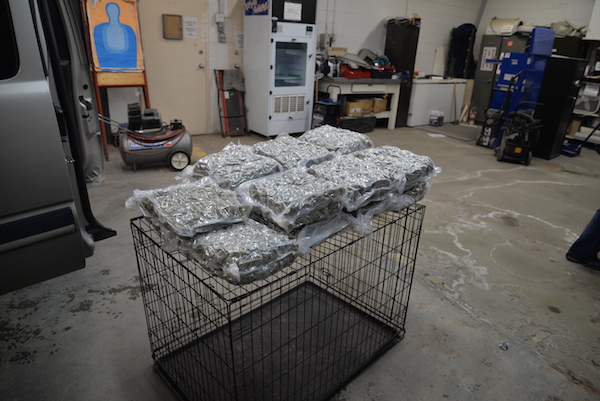 A Winnipeg man is facing charges after RCMP say he was transporting a large quantity of marijuana to Thompson, Manitoba.

The seizure on Monday was made during a traffic stop on Mystery Lake Road by RCMP.

A total of 14.5 kg of marijuana, a Chevrolet Silverado pickup truck and two cell phones were seized.

The man hasn’t been named as charges are still pending.