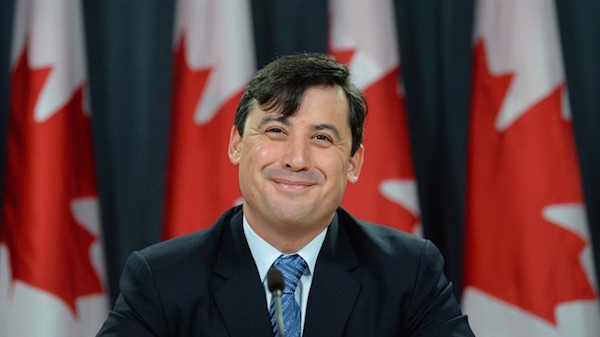 Conservative MP Michael Chong addresses a press conference in Ottawa on Tuesday December 3, 2013. His zigzag journey has lasted more than a year, but Michael Chong is about to cross one critical finish line in his bid to rebalance power between MPs and party leaders. (THE CANADIAN PRESS/Sean Kilpatrick)

Five stories in the news today, Feb. 25, from The Canadian Press:

His zigzag journey has lasted more than a year, but Michael Chong is about to cross one critical finish line in his bid to rebalance power between MPs and party leaders. The Conservative MP’s bill, known as Reform Act 2014, is poised to pass the House of Commons today during a third-reading vote.

The Harper government’s road map to this year’s federal budget suggests it is prepared to pour more money into programs and services for the country’s veterans, while largely holding the line on defence spending. Treasury Board President Tony Clement released the 2015-16 spending estimates on Tuesday, even though it’s unclear when the budget will be tabled.

AFRICVILLE RESIDENTS IN COURT AGAINST CITY OF HALIFAX

Hundreds of people relocated from a black community in Halifax decades ago are hoping to breathe new life into a statement of claim filed nearly 20 years ago after discovering new evidence about their eviction. Lawyer Robert Pineo said the City of Halifax expropriated the land in Africville in the 1960s but did not follow its own rules under the city’s charter.

An Alberta financial adviser showed no emotion Tuesday night as a jury found him guilty of first-degree murder for killing his disabled client with a pipe bomb disguised as a Christmas present. Brian Malley, 57, will serve a life sentence with no parole for 25 years after killing Victoria Shachtay, a 23-year-old single mother who died in her wheelchair when she opened a gift bag left on her doorstep in Innisfail, Alta., in 2011.

POLL: 3 IN 4 CANADIAN ADULTS REPORT BEING BULLIED IN SCHOOL