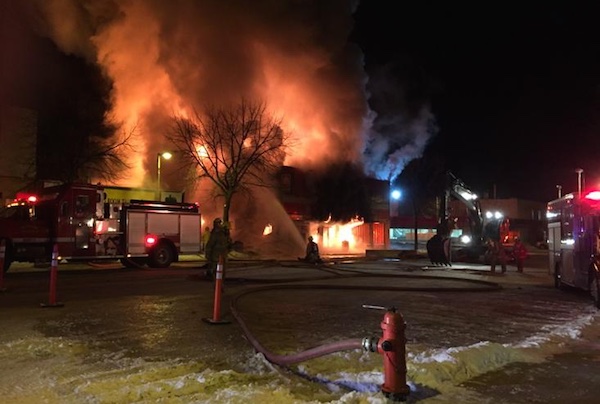 A fire at the Home Hardware in Neepawa, Manitoba completely destroyed the local business on Wednesday, February 25, 2015. (TWITTER) 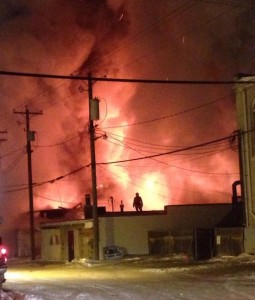 A fire ripped through a hardware store in Neepawa Wednesday night.

The Home Hardware on Mountain Avenue was engulfed in flames by around 6:15 p.m., according to reports.

Lyle Morrell, who owns a restaurant next to the store, says the blaze was intense.

“There were flames shooting 30 to 40 feet out of the roof. It was horrendous.”

Morrell also says there were apartments above the store.

“As far as I know they were all full, but there was nobody home. Nobody hurt.”

RCMP confirmed no one was injured and continue to investigate with the Officer of the Fire Commissioner.

Neepawa is located approximately 190 km west of Winnipeg with a population of about 3,600.