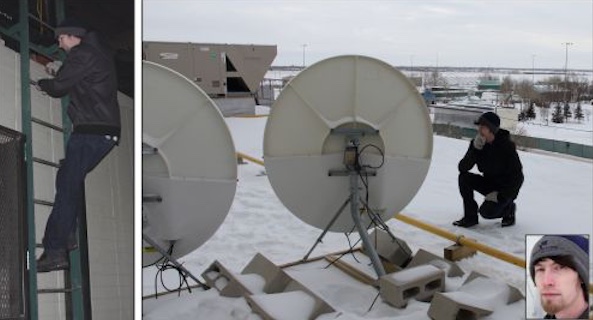 Horse racing fans at Assiniboia Downs were out of luck last Saturday while watching satellite feeds from other North American tracks when the signal went down.

Races from Woodbine, Delta, Sam Houston and Australia suddenly disappeared from screens just after 10 p.m. At the time, the wind chill was hovering close to -46.

Officials called in their broadcast manager, Mitch Janzen of OnTrack Media and Entertainment, who scaled up to the roof to investigate the problem.

The Downs’ signal provider, Las Vegas-based Roberts Communications Network, told Janzen the extreme cold likely played a role. Combined with the howling winds, the three dishes may have also blown slightly askew from their base.

With the warmth of the sun the following morning, most of the feeds began reappearing at around 10:43 a.m. A few feeds were still missing by the afternoon, but were picked up via another satellite service.