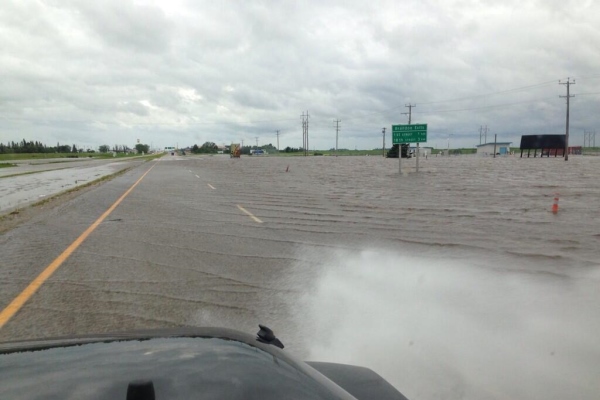 WINNIPEG — It’s good news on the flood-fighting front in Manitoba, as officials say the risk of flooding this season is relatively low.

In its first flood outlook of the season on Friday, officials said soil moisture and snowfall levels are normal or below-normal in the Red River Valley and in the southeast, the Interlake and the north. However, some concerns lie in western areas, where heavy rains last summer have saturated soil along the Assiniboine, Souris and smaller rivers west of Winnipeg.

Flood forecaster Fisaha Unduche says the situation is nowhere near as bad as 2011, when the Assiniboine rose so high it forced the evacuation of some Brandon areas.

Unduche warned some localized overland flooding may occur in the southwest areas of the province if weather should take a turn for the worst.

He noted it’s still too early to give a complete picture, adding other factors could come into play between now and the spring, such as a rapid melt or additional precipitation.

The second outlook at the end of March will further define the flood potential.