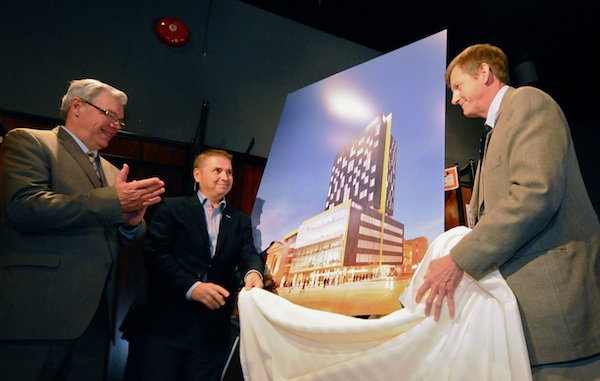 A job fair today will narrow down applicants to staff Winnipeg’s newest hotel.

Alt Hotel is opening its sixth location in Canada in the city and will create 40 new jobs in the local market. Thirty positions are up for grabs during the one-day fair, such as front desk agents, department supervisors, room attendants and other duties.

“We are all looking forward to building the Alt team in Winnipeg. These are opportunities for careers,” said general manager Liane Reeves.

“Hotels don’t typically hire like this. We select the full team in one day, which is fun and exciting all at once.”

Applicants are invited to bring their resumes to the Millenium Centre, 389 Main Street, between 10 a.m. and 4 p.m. today.

Alt Hotel Winnipeg, scheduled to officially open in the spring, will have 160 rooms and rise more than 20 floors.