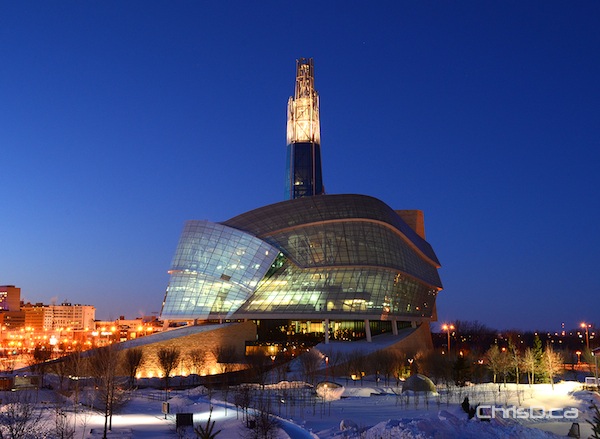 The Tower of Hope at the Canadian Museum for Human Rights is illuminated Saturday evening, February 15, 2014. (STAN MILOSEVIC / CHRISD.CA FILE) 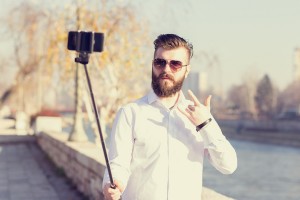 You’ll have to snap your selfie the old fashioned way if you plan on visiting the Canadian Museum for Human Rights.

Winnipeg’s newest museum has banned the popular selfie stick, used to assist in the art of taking a photograph of yourself or a group with a smartphone at a further distance.

Maureen Fitzhenry, a museum spokeswoman, says one of the main reasons for the ban is the safety of museum visitors and exhibits.

Fitzhenry says the facility is also concerned about the devices posing an obstacle to other visitors, and in maintaining a respectful environment, given the content of some of the exhibits.

Selfies are still allowed, as are other photographs, but the museum does not permit the use of flashes or camera tripods.