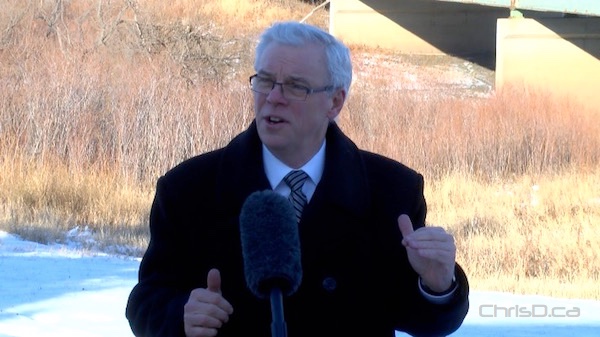 WINNIPEG — With less than a week to go before the NDP leadership convention, Manitoba Premier Greg Selinger feels confident he’ll remain in his job.

Selinger’s campaign says the premier has won the “vast majority” of delegates in the last round of constituency selection meetings since February 24.

“It’s been a good week,” Selinger said in a release. “Besides receiving a positive report card on our projected economic growth — nearing the top among all provinces — I’ve been humbled by the tremendous expression of support from party members this week.”

Selinger won the Swan River vote on Tuesday evening, and has attracted labour endorsements and delegate support from the United Food and Commercial Workers (UFCW), Teamsters, and the Amalgamated Transit Union (ATU).

The leadership vote is March 8 at Canad Inns Polo Park. Former cabinet ministers Theresa Oswald and Steve Ashton are the two other candidates.