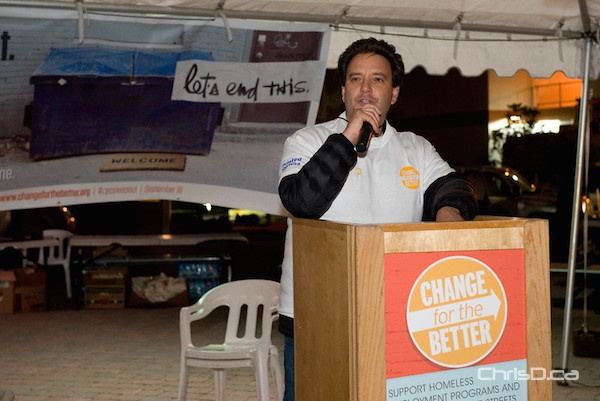 The Downtown Winnipeg BIZ has turned over $205,000 to six social agencies aimed at ending homelessness.

The funds were raised during last fall’s fourth annual CEO Sleepout, where high profile members of the community collected pledges and spent a night at Portage and Main to see what it would be like to live on the streets.

“The downtown business community believes the future of our city and our downtown depends on whether or not we are ready and willing to tackle the issue of homelessness,” said Stefano Grande, executive director of the Downtown Winnipeg BIZ.

“We can make a better city and a better downtown by simply helping people who are homeless in a progressive way: providing a home, helping them keep it and providing support in dealing with their challenges.”

Nearly $1 million in programming will be leveraged through the funds and 50 homeless people will be employed to work 19,524 hours in 2015.

Recipients of funding include:

The next CEO Sleepout is September 24.