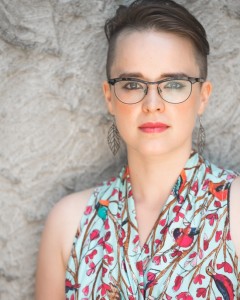 Emerging Manitoba songwriters will get a taste of being in front of a crowd when new open mic nights return later this month.

Manitoba Music and the Winnipeg Folk Festival are co-hosting the event the third Tuesday of every month at Maw’s Eatery.

“They’re a great way for young performers to make a first step on stage or for established singer/songwriters to try out new material, and above all, a fantastic opportunity to build community,” said Sean McManus, Manitoba Music’s executive director.

Singer/songwriter Raine Hamilton will host the first of the new iteration of open mic nights on Tuesday, March 17. Hamilton has gained media attention with her new EP, Small Packages, and landed a coveted showcase spot at Folk Music Ontario in the fall.

Some of Manitoba’s biggest names in music have taken the stage to host in the past, including JP Hoe, Tracy Bone, Sweet Alibi, Del Barber, Fred Penner and Chic Gamine’s Andrina Turenne, among others.

Doors open at 6 p.m. with showtime at 6:30 p.m. Minors must be accompanied by a legal guardian. Maw’s is located at 111 Princess Street.