Home » Columns » Dissecting the Elephant in the Room

Dissecting the Elephant in the Room 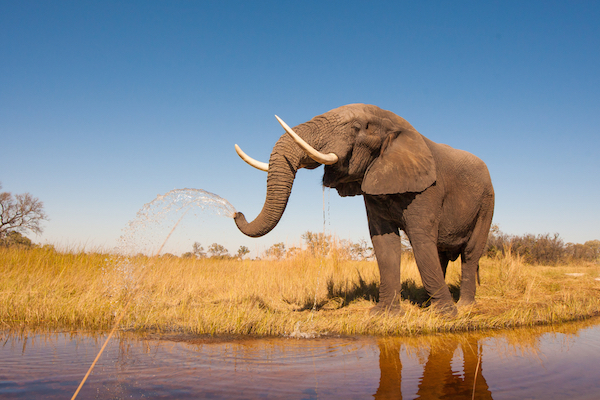 Some spring and summer thoughts as try to move along the change of seasons on the prairies.

I’ve never had a chance to ride an elephant, but I stood beside one once. It happened one summer at the Assiniboine Park Zoo in Winnipeg, and I swear the pachyderm smiled and winked at me. They are truly amazing creatures, and they continue to be very much at risk in many parts of the world, as poachers slaughter them for those ivory tusks. There are genuine fears that some species may disappear before too long, unless there’s a concerted international effort to save them.

The Greatest Show on Earth is still the phrase that describes the Ringling Bros. and Barnum and Bailey Circus. Elephants have performed in that show for 145 years, but not for much longer. Elephants will no longer perform under the big top after 2018. The current owners insist that they are not giving in to pressure from the animal rights types like Bob Barker. That circus has been owned by the Feld family for almost 50 years, and for much of that time they have been pressured to drop elephants, and other wild animals from the program. Part of their response was creation of a 200-acre farm in Florida. It’s now home to almost 30 former circus elephants. The Felds claim, with some justification I think, that if it weren’t for people like them, the performing elephants might have ended up being killed by poachers.

It has been more than 25 years since elephants have been regulars at the zoo in Winnipeg. They are also being phased out at similar facilities in Edmonton and Toronto. I’ve had the pleasure of knowing many zookeepers over the years. Like the creatures they care for, they are special people.

I must add that elephant ride to my bucket list, before it’s too late.

← Previous: Man Killed in Snowmobile Crash Near Arborg Next: Alcohol a Factor in Crash on Highway 7: RCMP →
Tags: Animals | Winnipeg