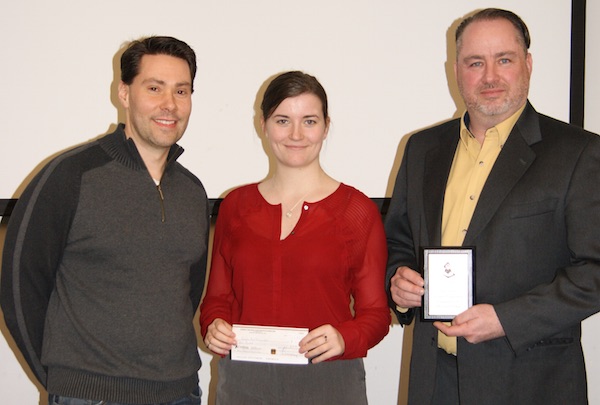 The CFDC received the outstanding science organization award on Friday during the association’s annual general meeting at Assiniboine Park Zoo.

The award also comes with a $500 grant and is the first it has been bestowed on the museum.

“It is a real honour and very humbling to have been selected for such a prestigious award by a group representing the science teachers of Manitoba,” said executive director Peter Cantelon.

“The award affirms the direction the CFDC has been on and recognizes the work we do educating the province’s youth in the science of palaeontology through unique, curriculum based school programming from Kindergarten all the way through grade 12.”

The CFDC made headlines in December as having on display the largest mosasaur in the world according to a new Guinness World Record.