Home » Entertainment » Kids in the Hall Playing the Burt in May

Kids in the Hall Playing the Burt in May 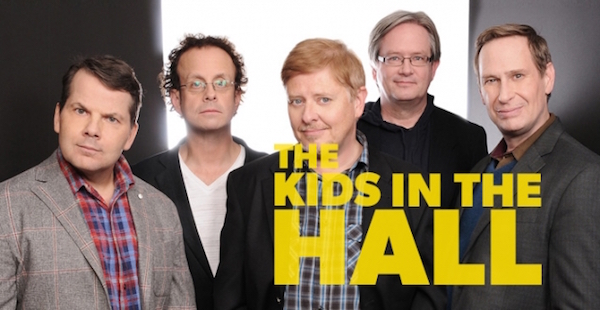 The Kids in the Hall are making a comeback and hitting the tour circuit this spring.

All five of the original cast members — Dave Foley, Bruce McCulloch, Kevin McDonald, Mark McKinney, and Scott Thompson — will bring their brand of comedy to Winnipeg’s Burton Cummings Theatre on Friday, May 22.

The 2015 tour marks the first such opportunity since 2010’s “Death Comes to Town,” their critically-acclaimed eight-part miniseries, which aired on television in Canada and the U.S.