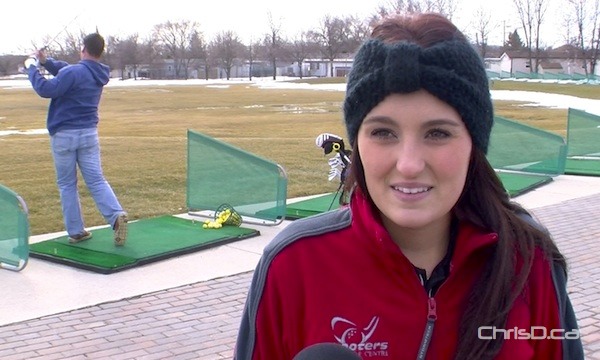 WINNIPEG — Golfers are itching to hit the links, and with this rapid pre-spring melt underway, that’s going to become a reality sooner than later.

Shooters Family Golf Centre and Restaurant will open their driving range by this weekend. Pro shop manager Amy Cerasani says if the weather plays in their favour — plus temperatures and wind to dry the grass — the range will open on Saturday, March 14.

“Compared to the last couple years this early spring melt will be for sure a couple weeks ahead,” Cerasani said. “Good for the golf season… we are already getting phone calls!”

Shooters is located at 2731 Main Street just before the Perimeter Highway.

← Previous: Kids in the Hall Playing the Burt in May Next: Guy Maddin's 'My Winnipeg' Celebrated on Wednesday →
Tags: Golf | Spring | Weather | Winnipeg