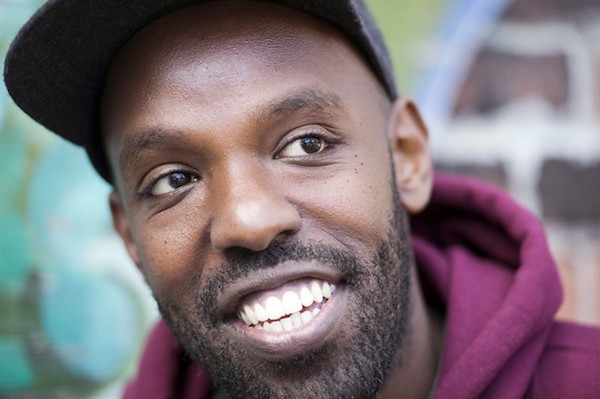 The CBC has selected rapper Shad to become the new host of its cultural affairs radio show Q. The broadcaster said on its website that Shad, who is 32 and from London, Ont., was selected after an “exhaustive search” involving more than 200 candidates. Shad is shown in an interview with The Canadian Press in Toronto on Thursday October 17, 2013. (THE CANADIAN PRESS/Frank Gunn)

TORONTO – The CBC has selected rapper Shad to become the new host of its cultural affairs radio show Q, which was helmed by Jian Ghomeshi until he was fired last year.

The broadcaster said on its website that Shad, who is 32 and from London, Ont., was selected after an “exhaustive search” involving more than 200 candidates.

Shad is a multiple Juno-nominated artist who won the 2011 prize for rap recording of the year for his studio album “TSOL.”

His first full-length release was in 2005 with “When the Music’s Over” and he broke out with his follow-up “The Old Prince,” which was nominated for a Polaris Prize. Shad’s most recent release was 2014’s “Flying Colours.”

The CBC, which said the program will keep its name when it relaunches in mid-April, has been searching for a permanent replacement since it fired Ghomeshi last October.

Cindy Witten, executive director of CBC Radio Talk, said they sought a “good conversationalist who is witty and fast on their feet” and steeped in arts and culture.

“We were looking for someone who is an original thinker, curious and emotionally intelligent,” said Witten in a report posted late Tuesday on the CBC website.

She added that the new show will include more musical performances and will be less structured with a more conversational tone.

“Joining the Q team is an honour,” Shad told the CBC late Tuesday.

“My mission in music has always been to make a unique and positive contribution to culture and to people’s lives. This is an exciting opportunity to pursue that same mission in a new way, alongside a brilliant, passionate team.”

The Ghomeshi sexual assault case has been put over until March 27 when a conference between the defence and prosecution will be held before a judge.

Ghomeshi, who has admitted engaging in rough sex but said it was consensual, faces seven counts of sexual assault and one of overcoming resistance by choking.

The alleged assaults for which he is charged occurred between 2002 and 2008.

“It was a difficult time last fall and it is behind us,” said Witten. “We’re excited to introduce Canadians to their new host and a fresh and lively Q.”