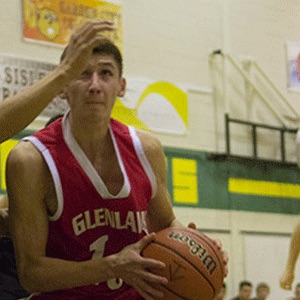 Glenlawn Collegiate basketball player Kieran McGrath has committed to the University of Winnipeg Wesmen for next season.

The 6’3″ guard and team co-captain is averaging 23 points, nine rebounds and three assists per game for the Lions this season. A prolific shooter, he is connecting on 40 percent of his three point shot attempts while averaging 53 percent from the floor.

“We are happy to welcome Kieran McGrath to the program. He brings a great work ethic, strong character, and will be a valuable addition in the years to come”, said Wesmen head coach Mike Raimbault.

A multi-sport talent, McGrath was a starter for the Glenlawn Lions varsity boy’s volleyball team.