Search warrants were executed Thursday on two Winnipeg residences, including one downtown and another in the North Kildonan area. 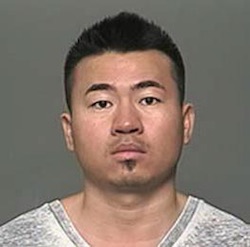 An arrest warrant for Suong Gueck Khau, 32, of Winnipeg is outstanding. (RCMP HANDOUT)

A 2006 Lexus IS 350 was also seized under Manitoba’s Criminal Property Forfeiture Act.

One of the arrests was made at the Stony Mountain Institution.

An arrest warrant remains outstanding for Suong Gueck Khau, 32, of Winnipeg. Anyone with information on his whereabouts is asked to contact police.