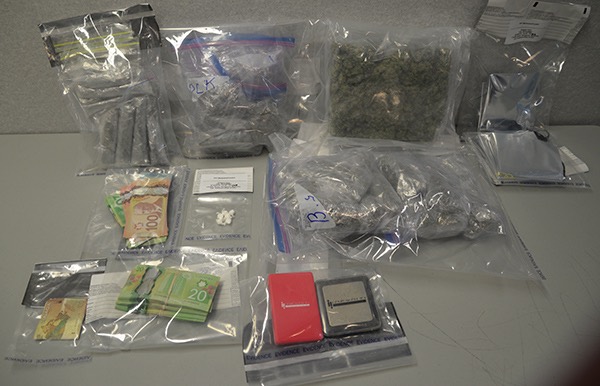 Drugs and other items seized from a Thompson, Manitoba hotel on March 10, 2015. (RCMP HANDOUT)

Two Thompson residents have been arrested and charged in connection to a drug seizure in the northern Manitoba community.

RCMP executed a search warrant at a hotel on March 10, where they seized approximately three pounds of marijuana, three and half grams of cocaine, cell phones, scales and a significant amount of cash.

The suspects were released pending a court appearance in Thompson on March 27.