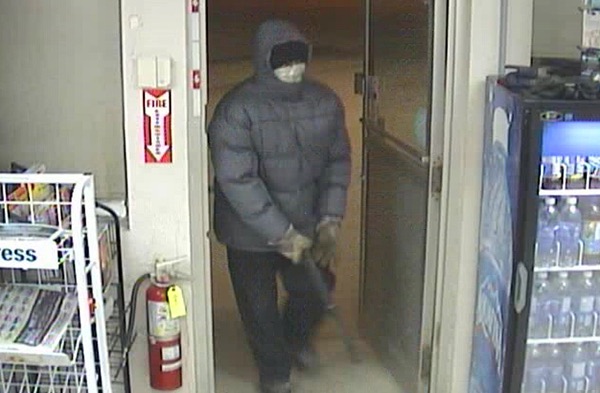 RCMP are looking for this man after an armed robbery on Monday, March 16, 2015. (RCMP HANDOUT)

RCMP in Dauphin are looking for a man after an armed robbery in the city on Monday night.

Police say the man entered a gas station on Main Street just after 9 p.m. and demanded money from the clerks.

He fled on foot with an undisclosed amount of cash.

The suspect is described as being approximately 5’10” tall, between 28- to 32-years-old and aboriginal in appearance. He was wearing a grey jacket, black toque, a white bandana, black pants, black boots and work gloves.

No one was injured in the robbery.