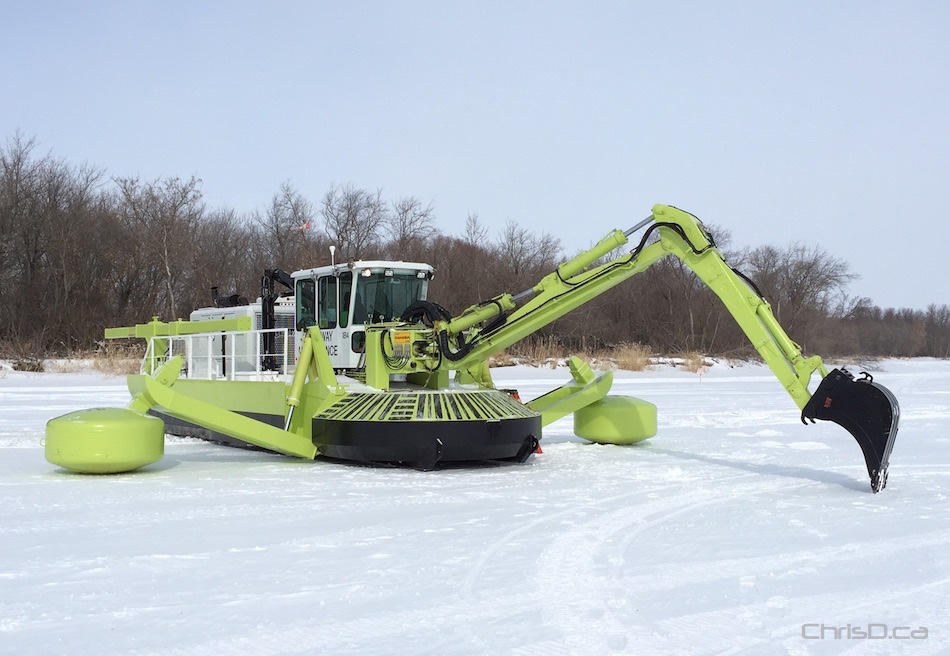 An Amphibex icebreaker operates on the Red River north of Selkirk on Tuesday, February 17, 2015. (CHRISD.CA)

After hitting the ice on February 9, Manitoba’s Amphibex ice-breakers have completed work on the Red River north of Selkirk to alleviate potential ice jams.

The province says it cut 29 kilometres with some sections of ice up to one metre thick. The focus now shifts to ice-breaking on the Icelandic, Brokenhead and Fisher rivers as well as the Portage Diversion.

“Experience has taught us that higher water flows during spring run-off and strong ice can create ice jams and result in significant localized flooding, and these scenarios can develop quickly and without warning,” said Infrastructure and Transportation Minister Ron Kostyshyn.

The Red River ice is on average three ft. thick (0.9 m), which is thicker than normal because of this winter’s cold spells and lack of snow cover, the province says.