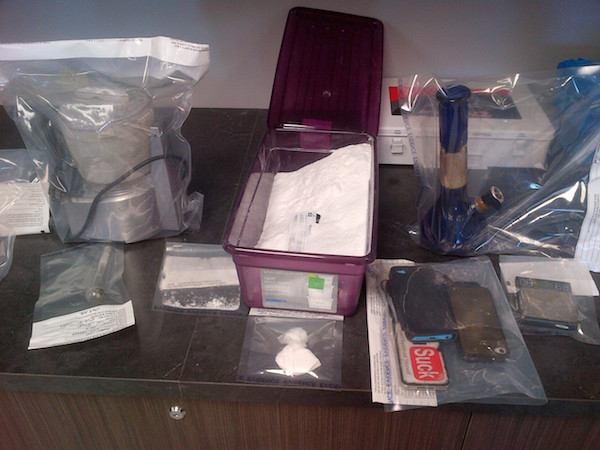 Cocaine and drug paraphernalia seized by RCMP in the RM of Strathclair on March 14, 2015. (RCMP HANDOUT)

Three people have been charged after police received a report of someone firing a rifle out of a moving vehicle along Highway 354.

Manitoba RCMP got the call just before 10 a.m. on March 14 south of Strathclair. Police located the shooting suspect at a home in the area just before noon.

He was found to be with two other people at the time and police searched the residence. Officers seized cocaine and drug paraphernalia.

Pendl was released on a promise to appear, while the two others remain in custody.