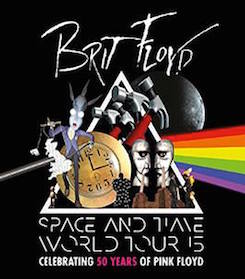 The “world’s greatest Pink Floyd show” will be a spectacle for fans of the English rock band this summer.

The Space & Time World Tour will include a new light show, larger stage production and more than 100 concerts between Canada and the U.S.