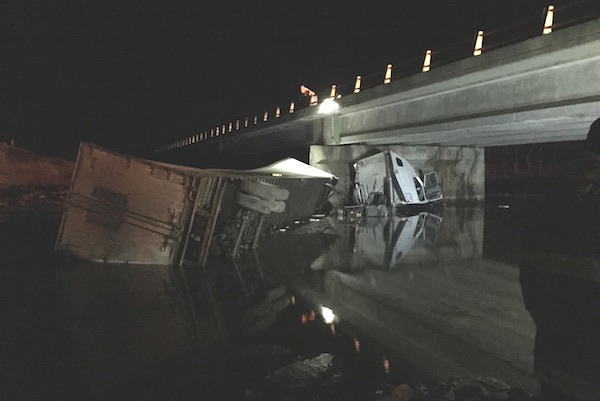 A semi-trailer truck lost control and crashed into the guard rail of the Grand Valley Bridge early Friday, March 20, 2015, spilling its load into the river below. (RCMP HANDOUT)

The truck was travelling eastbound just after midnight when it lost control attempting to pass another vehicle. It ended up landing in the river below the Grand Valley Bridge in the RM of Whitehead.

The cargo of bread spilled into the river, but the the cab landed upright in the water.

Alcohol and speed are not considered factors in the collision.