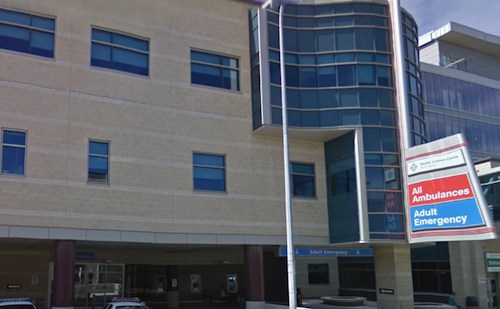 Last weekend, I covered the nomination meeting to determine the PC candidate for the Agassiz riding in the next provincial election. It was a hard fought race and one that wasn’t characterized by the mud slinging so often seen when opposing parties go to war in an election. As PC leader Brian Pallister pointed out, a nomination race is a battle among friends.

After being declared the winner, Eileen Clarke took a few moments to talk to the media. She was asked what her priorities would be should she be elected MLA. Clarke responded that seniors, healthy ageing and health care have always been important to her. She went on to describe a familiar scene in rural Manitoba, a shortage of adequate seniors’ housing, long waiting lists and seniors filling hospitals as they wait for a place in long term care.

Health care is tremendously expensive and accounts for the largest share of the provincial budget. For the 2014/2015 year, health spending accounted for 38 per cent of the provincial government’s total budget of $15.1 billion. Each year, the amount of money we spend providing health care rises. It’s situations like seniors waiting in hospitals that leads to this rising cost, they are being housed in the most expensive form of health care.

But unfortunately, it’s necessary — there is nothing else for them. When they can no longer live at home and there are no vacancies in care homes, what other options are there?

Clarke talked about other alternatives such as the need for improved home care and ageing in place initiatives because the solution isn’t just to build more personal care homes or hospitals. For the next 20 to 25 years, there will be a massive demand for a variety of seniors’ housing as the baby boomers age, but the demand won’t be sustained. We should have learned our lesson from all the schools built for the baby boomers and then closed as the number of children never reached the same levels. “What do you build that will be sustainable down the road?” asked Clarke.

We have an added dilemma in that certain forms of care, such as hospital stays and personal care home residency, are covered or cost shared by the provincial government. While other forms, such as specially geared 55+ seniors’ housing, most often must be funded entirely by the residents themselves. This uneven cost gets in the way of making the best use of resources and reducing the strain and demand on health care facilities.

When health care is predominately covered through everyone’s taxes, we owe it to ourselves to look at different ways of achieving the end result: quality care and quality of life at as low a cost as possible.

Last week, I read an interesting article that had been published last December. The article was about a Dutch program in which university students live for free in seniors’ housing. The catch is that the students must spend a minimum of 30 hours a month volunteering with the residents. This can include visiting with the residents, running errands for them or providing programming, such as computer courses. The initiative helps provide additional services to the seniors at a very low cost and also helps reduce the isolation that often surrounds seniors in retirement homes.

This Dutch situation, of vacancies in seniors’ housing is unique though. It came about because after budget cuts, it had become increasingly hard to get subsidized rooms, which has left some homes with more rooms than residents. This obviously isn’t the case in many areas, but this program represents a unique solution to a number of problems.

In our communities, we too have a number of problems; some have have too much demand for housing, others have too much supply, some have too many older residents, some too few. It’s time to look beyond the same old ways of doing things, we have to look at what resources we have and how we can best make use of them. we might find solutions to multiple problems. We might find solutions to problems we didn’t even think we had.