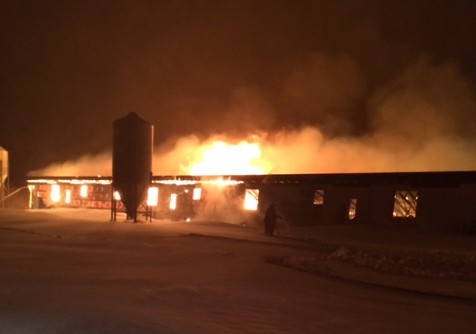 Virden and Melita RCMP said 1,500 sows have died after a barn fire near Kola, Man.

Police said emergency responders were called the the scene Tuesday at about 10 p.m. When police arrived, the barn was fully engulfed and the RM of Wallace Fire Department was trying to keep the blaze from spreading.

No one was hurt in the fire, but all the pigs died.

RCMP said the cause of the fire does not appear to be suspicious.