Indie Journalism Should Be Valued: Currie 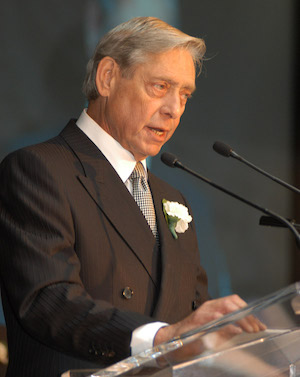 Journalism Horror Story #2 offered as more proof, if it’s needed, that journalists are seldom valued the way they should be, especially in television.

Izzy Asper, who died in 2003, is still regarded as something of a legend in many aspects of Canadian life, including broadcasting. In his home community of Winnipeg, he left an impressive legacy including the Canadian Museum for Human Rights.

When dollars were on the line, he was all business, all the time. Several years before his death Asper travelled to Australia when Canwest bought a TV operation there. He visited the newsroom, asking the eager young journalists, “What is your job?” They replied that their mission was to tell a wide range of stories to Australians. They echoed variations of the historic mandate of good journalism, which is to “comfort the afflicted, and afflict the comfortable.”

Some of the jaws in the room undoubtedly fell towards the floor when Mr. Asper disavowed them of such notions. He told them in no uncertain terms that their job was “to help sell things like toothpaste and soap, the goods that were marketed by the station’s advertisers.”

With the possible exception of the few years when he was leader of the Manitoba Liberal Party, Asper was never shy about telling the truth as he saw it. His Global TV empire now belongs to the Shaw family which also owns Corus Entertainment, that includes radio stations like CJOB in Winnipeg.

Yes, sooner or later it’s all about marketing. With that in mind, a television newscast should be regarded as no different than the latest police drama, or a reality show that makes stars out of non-entities like Kim Khardasian.

South of the border, the alternative is “The Newshour” on PBS. Here in Canada, it’s the dear old CBC. The “corp” is not perfect by any means, and time will tell if it will be allowed to survive in the digital age.

If you value strong independent journalism, please make sure you let someone know, before it’s too late.

The piece you published by Roger Currie containing my father’s famous “you’re in the business of selling soap” quote is both factually and contextually wrong-something one would think wouldn’t be the case in a column ostensibly about journalistic integrity. The words used by my father were spoken at a staff meeting in New Zealand after Canwest had acquired the television network out of bankruptcy and the near complete extinction of all its jobs. He was explaining the differences between public versus private broadcasting because there had never been private broadcasting in New Zealand until TV3 was licensed. It was part of a colloquial explanation of the advertiser supported business model for television, which we made successful and actually saved all the jobs for journalists. Indeed, TV3 news journalism flourished and we’re very proud to have been able to make it happen. So, that’s the truth.