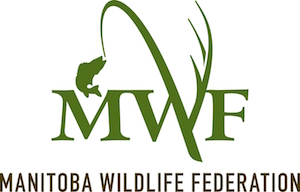 Illegal moose hunting in the province has sparked the Manitoba Wildlife Federation to call for a crackdown and implement a ban on spot-lighting for all hunters.

“With moose numbers so low in many regions of Manitoba, female moose survival is especially important. To have any chance of recovery, we need to protect them,” said MWF president Brian Strauman.

Photos distributed by the Manitoba Natural Resources Officers Association on its Facebook page (warning: graphic content) show fully-developed, unborn moose foetuses in the remains of a cow moose that was among the 15 illegal kills. The photos were taken along highways in and around the Grass River Provincial Park in northwestern Manitoba.

“Whoever killed the cow moose in the picture on the MNROA site actually killed three moose. Those calves would have been born in just a few more months.”

The MNROA is looking for any tips from the public towards identifying the criminals responsible for these 15 illegal moose kills along highways in the region surrounding Grass River Park.

Conservation Officers say moose are especially vulnerable in the winter because they come to the roadside at night to browse on the shrubs found in the ditches, and to lick salt off of the roads.

The public can send tips by calling 1-800-782-0076 if anyone sees signs of someone hunting moose from a road, or any other kind of wildlife infraction.