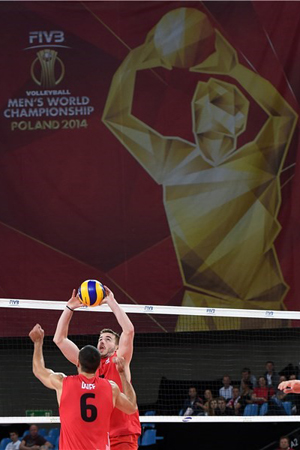 Volleyball players aged 16 and older can learn from one of the best in the sport during two upcoming clinics.

Dustin Schneider, the current starting setter for Canada’s men’s national team and a former University of Winnipeg Wesmen men’s volleyball player, will be conducting two clinics at the Duckworth Centre.

Schneider, a native of Brandon, Manitoba, completed his university level volleyball with the Wesmen back in 2007-08. He was named both a First Team All-Canadian and Canada West All Star.

← Previous: Volunteerism at the Heart of Manitoba Communities Next: Three Injured in Crash Near Steinbach →
Tags: University of Winnipeg | Volleyball | Winnipeg