Semi Rolls in Early Morning Accident on the Perimeter Highway 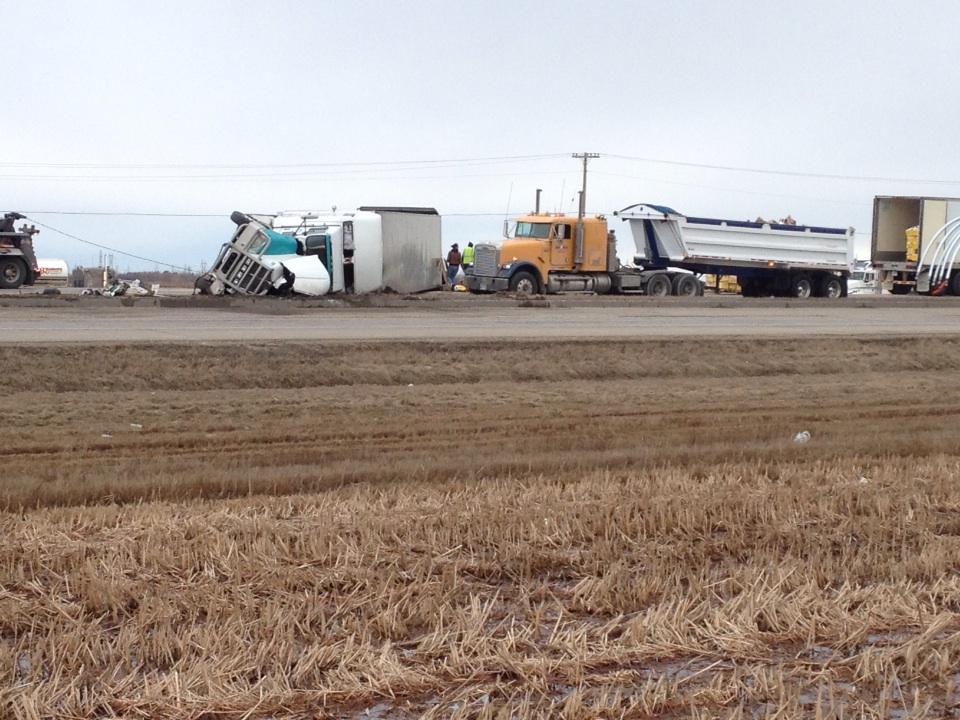 A semi-trailer tipped over on the Perimeter Highway and McGillvray Boulevard on Monday, March 30, 2015. (SHANE GIBSON/METRO WINNIPEG)

A semi rolled over onto its side early Monday on the Perimeter Highway, spilling its goods all over the roadway.

Headingley RCMP said they responded at about 1:30 a.m. on the perimeter near McGillvray Boulevard. The semi-trailer, which was hauling produce, rolled taking the cab with it.

RCMP said the male driver, 45, was not hurt.

Traffic was delayed in the area while the spill was cleaned up.

← Previous: Three Injured in Crash Near Steinbach Next: Teen Arrested After Knocking Woman Down, Robbing Her →
Tags: Accident | Manitoba | RCMP