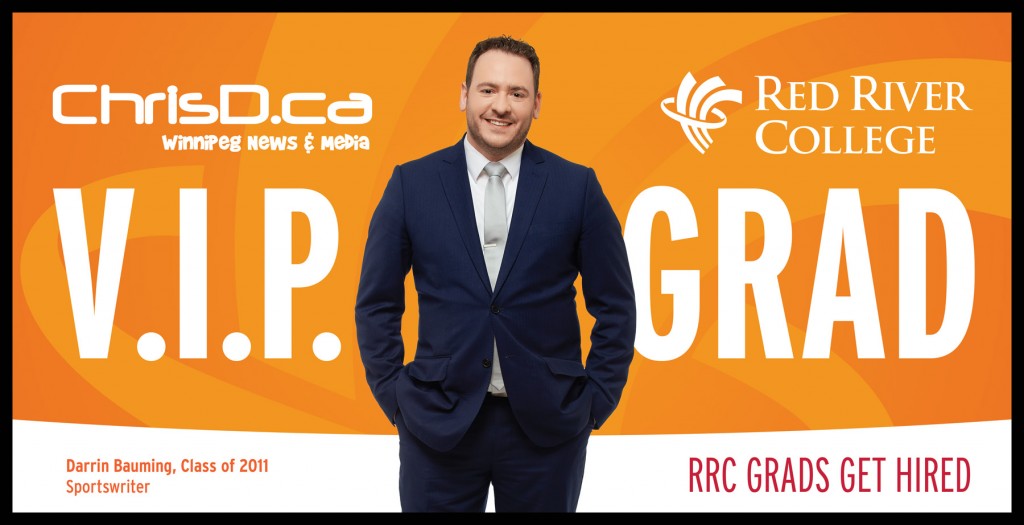 Red River College has announced its spring advertising campaign, and it includes some familiar faces.

Sportswriter Darrin Bauming of ChrisD.ca is featured on one of RRC’s new billboard campaigns, and several other companies are in on the campaign as well.

“This is an excellent opportunity to partner with Red River College and recognize a valued member on our executive team,” said Paul Soubry, CEO of New Flyer Industries Inc, who also has a grad to be featured on a billboard.

Companies partnered with RRC in a cost-sharing model to promote their brand and recognize an employee, said RRC.

In all, more than 40 RRC alumni will be on billboards and in other advertising campaigns over the coming months.