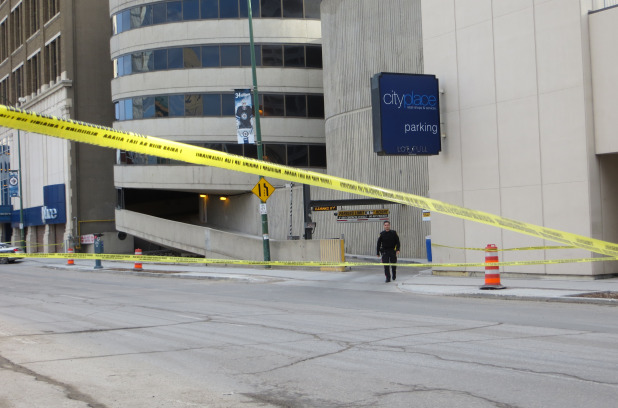 Winnipeg police at the scene of a serious assault at the CityPlace Parkade on Wednesday, April 1, 2015. (BERNICE PONTANILLA/METRO WINNIPEG)

Winnipeg Police say a female is fighting for her life in hospital after a serious assault Wednesday morning.

Police said they were flagged down by a passer by at 4:50 a.m. Wednesday who alerted them to the victim, who had been seriously assaulted and found in the CityPlace parkade. She was taken to hospital in critical condition where she remains, said police.

Police cordoned off the area, Hargrave Street between St. Mary and Graham avenues while members of the homicide unit investigate.