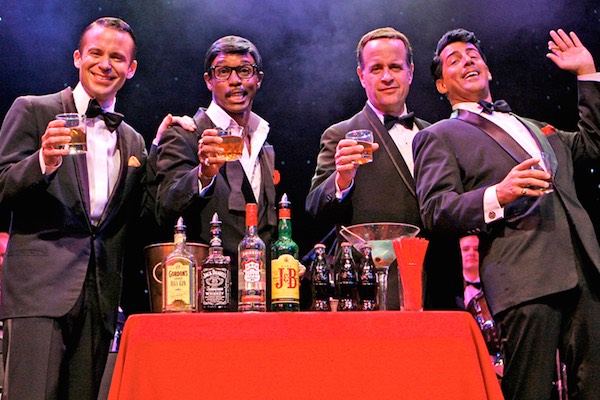 The Rat Pack performs with the WSO April 10-12. (HANDOUT)

The veteran cool cats of the Las Vegas strip are coming to the city to join the Winnipeg Symphony Orchestra (WSO) in a new production.

The Rat Pack will run April 10-12 at the Centennial Concert Hall. The cultural icons, who referred to themselves as “The Summit” or “The Clan,” performed in sold-out casinos and night clubs, and appeared in films such as “Ocean’s 11”, “Robin and the 7 Hoods” and “Sergeants 3.”

Classic hits include That’s Amore, My Way, Mr. Bojangles, Fly Me to the Moon, I’ve Got You Under My Skin, It Was a Very Good Year, That Old Black Magic, and others.

← Previous: WAG Showcasing Art 'Through the Eyes of a Child' Next: Passengers from Crashed Flight in Halifax Getting Financial Help from Airline →
Tags: Centennial Concert Hall | Concert | Music | Winnipeg